These hosts are best known for offering their audience an all-access pass to Hollywood, from awards shows, to red carpet premieres, and everything in between. They've done an awesome job using their campaign to engage listeners and spark live thought-provoking conversations during the show, and we can all learn a lot from their strategy.

Vanity Fair sets a killer example of using SMS communication to drive the audience to the podcast episodes. They did this seamlessly around the Oscars by creating a sequence of pre-engagement opportunities for weeks leading up to the tentpole event. Check out some of the highlights below! 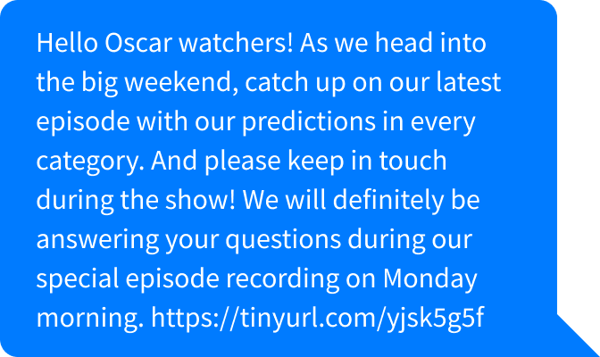 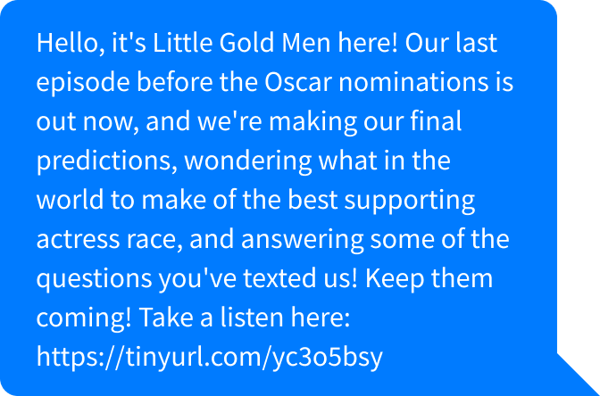 Provided behind-the-scenes exclusive content before and after the main red carpet event: 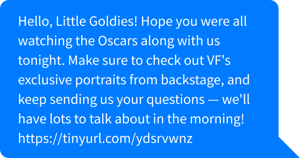 According to Katey Rich, Deputy Editor of Vanity Fair, the texting capability has proven to be a great resource for connecting with their audience. 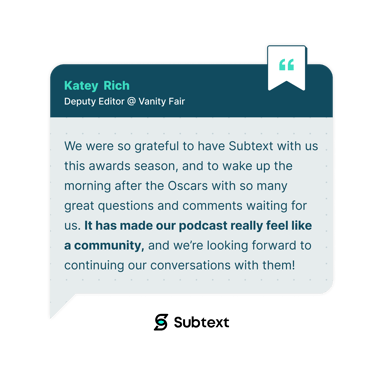 She also says they’ve been loving audience engagement that comes along with Subtext. 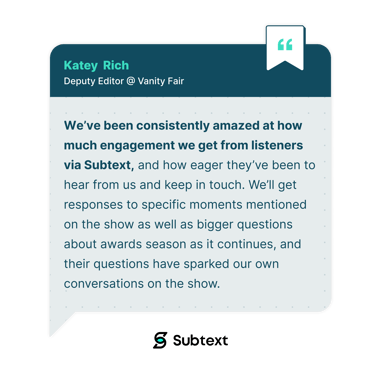 They’ve been creative with the ways they utilize their readership, like using it to inspire their reporting and show segments. Katey shared that often, they’ve used Subtext for their “Mailbag” segment, where they go through a series of Q&A’s.

“Many of their questions are the same kinds of questions we'll be asking ourselves, and it's gratifying to know our audience is so in sync with us. They've also encouraged us to do some of our own reporting, seeking out answers to their questions about when certain films will be available, which awards they're eligible for, and more.”

Great work, team! We've all loved following along awards season with you.

How easy is it to send a text on Subtext?

Wheelin' and Dealin' with SMS

With November just getting started, it means that many retailers are spinning their wheels to...
Read More