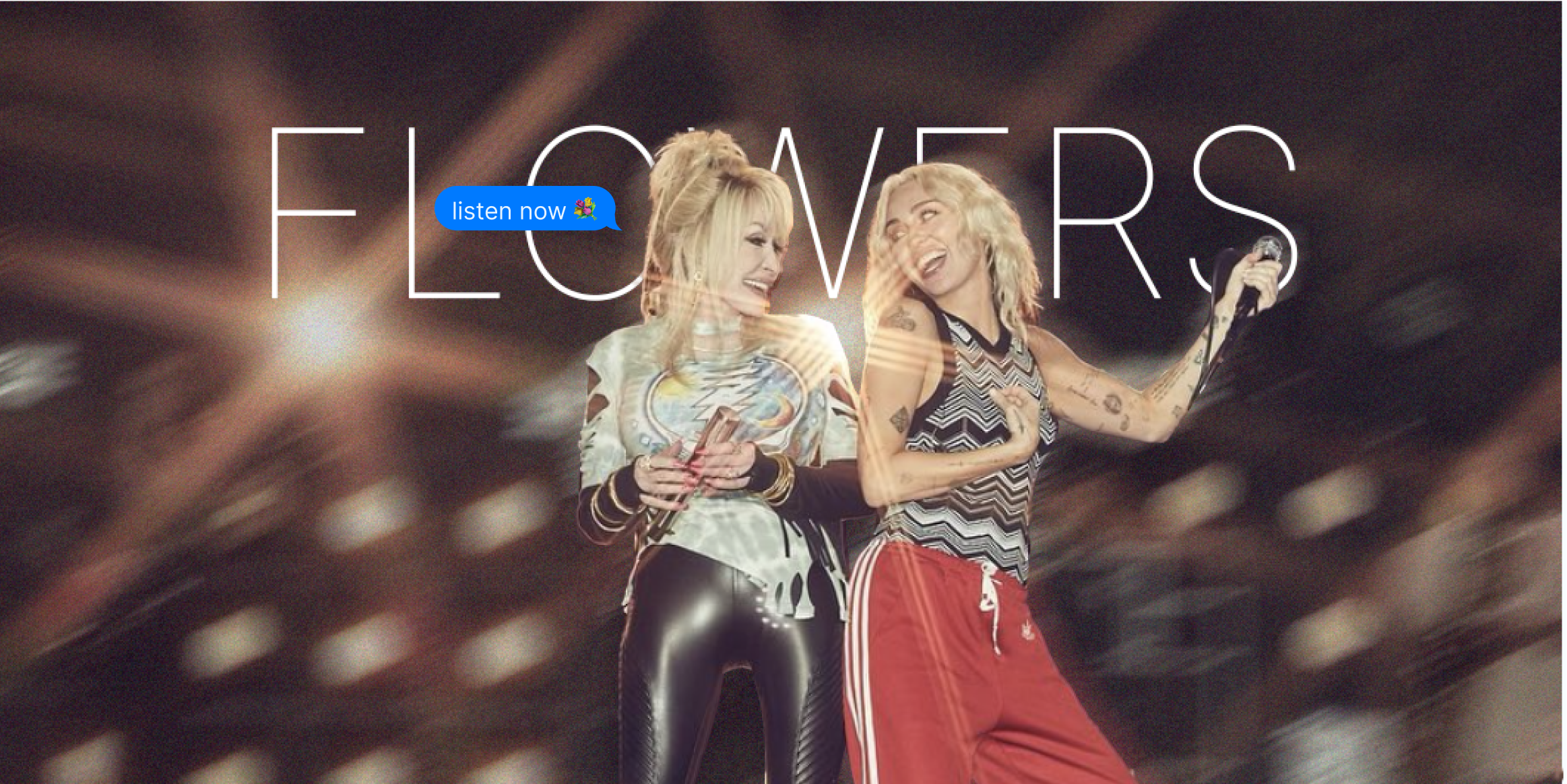 New year, new Miley. Miley Cyrus came in like a 'wrecking ball' to kick off the 2023 calendar year. With the upcoming release of her new single, 'Flowers', keeping her diehard fans up-to-date on all things Miley was crucial.

In this post, we'll go over the different ways Miley utilized Subtext to promote new music and send her fans a few surprises along the way.

What's a ball drop without the pre-drop festivities? Her team sent a text reminding fans to tune into Miley's New Years Eve Party hosted by Miley Cyrus and Dolly Parton. This helped draw in fans to watch her rock that stage and tease that new music was coming soon. 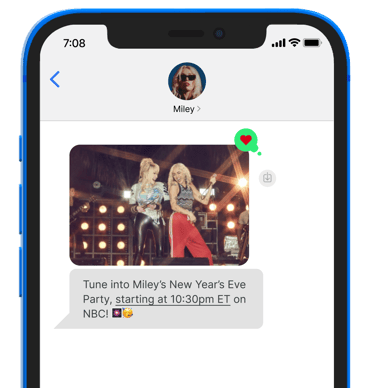 With the New Year's festivities behind her, it was time to announce her new single. 'Flowers' is the first song from her highly anticipated eighth studio album, Endless Summer Vacation. The team used SMS to get ahead of those streaming numbers and help build momentum around the single before its release on January 13. Miley's biggest fans got the tip via text on January 1, a full 4 days before she tweeted the same thing to her 46M followers. 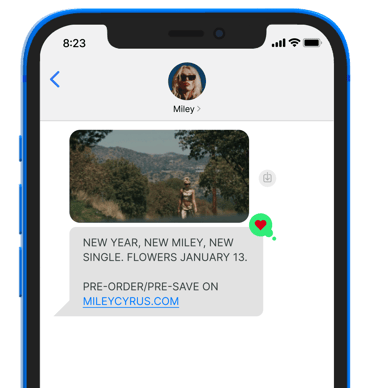 What better way to start the new year than having Miley impart some wisdom on her fans? Miley's team shared a link to create personalized shareable assets with lyrics to her up-coming single encouraging fans to download and share. 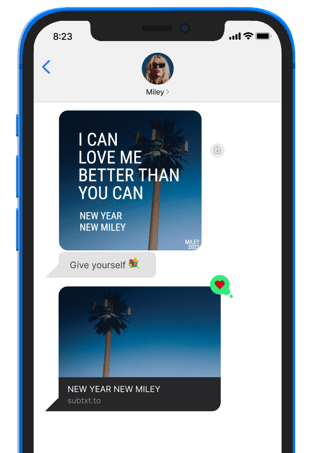 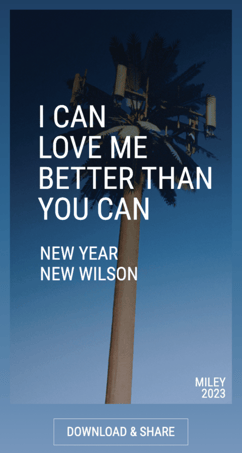 In addition to exclusive early access to her new single and a special sneak peek at her upcoming music video, Miley also gave her text subscribers the chance to pre-order her limited edition album vinyl.

With her single release coming up fast, her team wanted to make sure her fans knew exactly when to expect it to go live. Using SMS, they easily shared a schedule breakdown between timezones so her fans can mark their calendars and be the first to hear her new single. 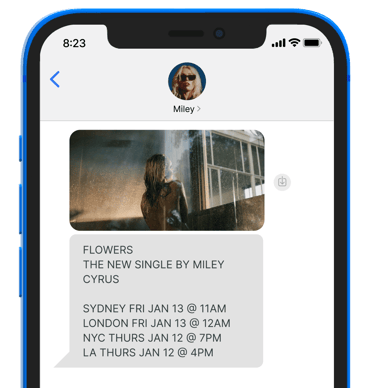 As if her fans didn't already set their notification alarms, Miley's team sent a text the moment her single and music video went live, guaranteeing Miley's  superfans were instantly notified of the release. Check it out here. 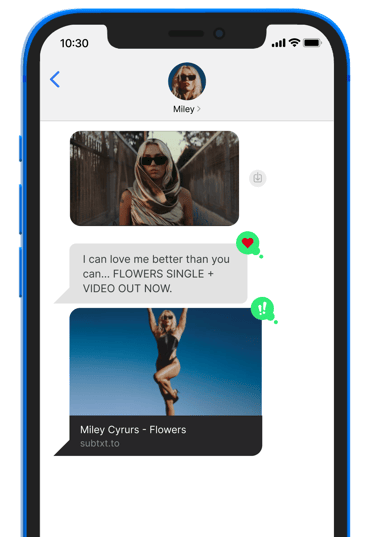 With 95%+ open rate, SMS is the number one tool artists and creators should be using for direct access to their fans.

If you’re like 81 percent of Americans, chances are you are taking advantage of sending and...
Read More

A guide to texting during the Superbowl

On February 13th everyone’s eyes will be on Superbowl LVI. Audience's will expect an epic game,...
Read More

It started the way so many stories do in 2022: a tweet. A little easter egg among the many posts...
Read More