How Subtext is transforming Fantasy Football

As we approach fall and arguably the most exciting season of the year for every sports fan, we're highlighting the value of text in the sports industry. Subtext works with athletes, coaches, and sports reporters alike to engage withs fans, quickly and conveniently.

For some time now, experts like Gregg Doyel from IndyStar, Doug Lesmerises from Cleveland.com, and Matt Wenzel from MLive have successfully used Subtext to enable more meaningful conversations with their followers. Following in their footsteps, we're seeing an influx of sports influencers get creative in how they discuss stats and predictions when engaging with their fans.

As you may have heard, we've partnered with the athlete-brand building platform, INFLCR. INFLCR’s network of more than 45,000 student-athletes now have access to Subtext’s platform. Kennedy Brooks, a running back for the Oklahoma Sooners, recently announced that he will begin texting his fans. Chopping it up with Kennedy is a great example of athletes realizing that SMS is an opportunity to build and engage an audience outside of social media

Our newest host on the block, ESPN's Matthew Berry, just launched his very own campaign— The MattPhone, part of the Fantasy Life family.

Berry was named the 2013 Marketer of the Year by the Academy of Marketing Science for his role in fueling the national growth of Fantasy Football. He is also an Emmy Award winner for his work on ESPN's Sunday Morning show Fantasy Football Now.

While Berry covers Fantasy across many platforms, Subtext serves as a complimentary service to his Fantasy column, talk show, podcast, and Twitter communities. Devoted to sharing his love of Fantasy Football with his super fans, Subtext has offered him a new world to deepen connections.

From asking for advice to having 1:1 conversations, his following has expressed a tremendous amount of gratitude for the opportunity to text him directly. 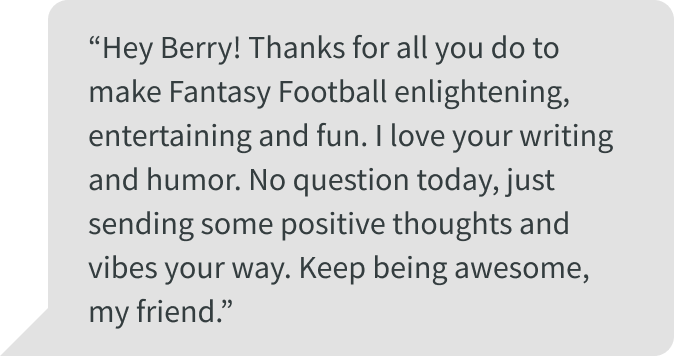 Fantasy owners have already started sending their burning questions hoping to get the one and only, Matthew's opinion, and we love to see it. 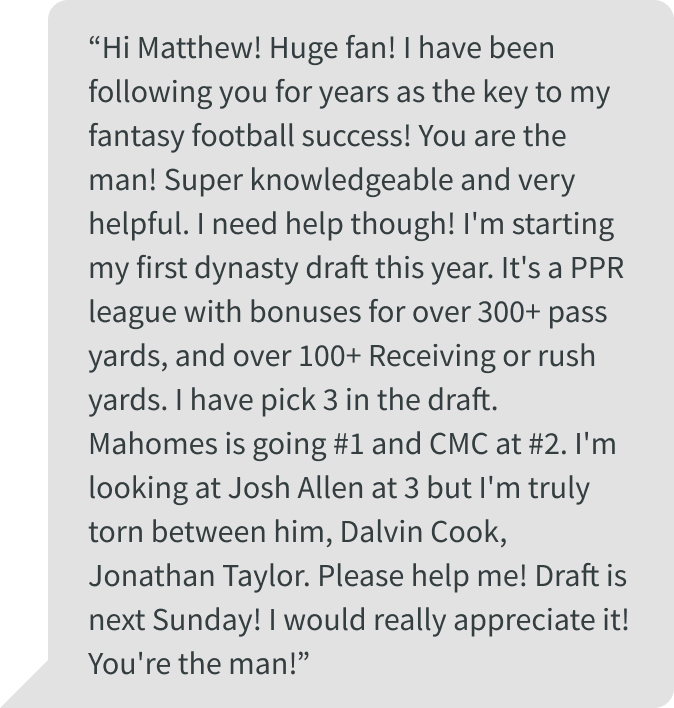 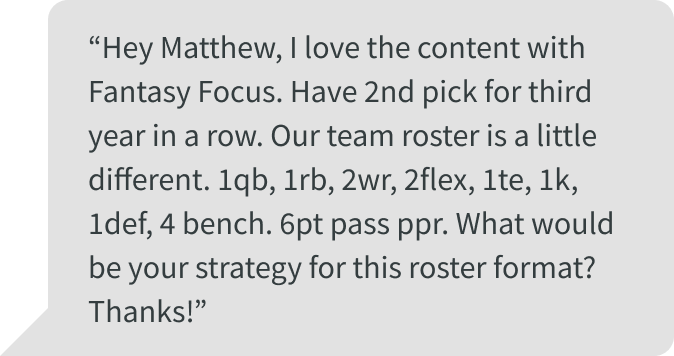 With over 4k subscribers and engagement rates in the double digits, Berry is letting his fans know that he’s listening! 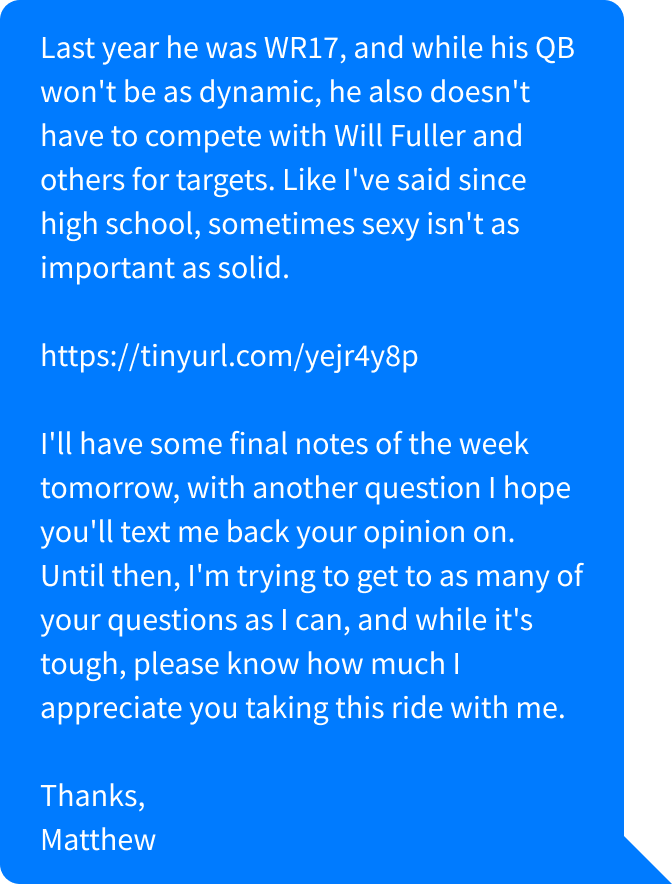 If you aren't already following along Matthew Berry's Fantasy Life Family campaign, sign up here.
Back to Blog

How Tegna is utilizing Subtext for their new brand: Verify This

This week we’re highlighting a Subtext first: A host launching a text campaign alongside a new...
Read More

Years ago, when we were first building Subtext, one of the most important things we wanted to...
Read More

We have an exciting product update!
Read More